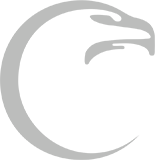 Through a number of restorative processes metal and timber windows can be returned back to their former glory, often to a good as new standard. We provide a window restoration service to home owners, developers and contractors which gives an opportunity to retain original doors and windows on a building if required, and where feasible.

Haseley Manor is an impressive Grade II Listed Building of note in the Hatton, Warwick area. It was commissioned in 1875 by mining engineer Alfred Hewlett and built to the design of architect William Young. The rock-faced stone building has an emphatic central tower and an abundance of turrets and chimneys which gives Haseley Manor an impressive and charismatic look.

This project was undertaken in collaboration with T I Jones Building and included the refurbishment and refitting of around 140 original Victorian steel windows along with the remaking of many highly decorative and coloured leaded light windows. The refurbishment covered the entire building from the top of the tower structure, down through three habitable floors to the basement level.

The development, run by Spitfire Bespoke Homes, was a comprehensive project creating houses and apartments set within the grounds of Haseley Manor. When completed nine intricately-designed new houses occupied the grounds, whilst the Manor itself was converted into 13 luxury apartments.

Speak to the experts about your specialist glazing requirements